← YOU ARE KIDDING ME! A HAIR PICKING MACHINE?
THE CHECKERED FLAG QUESTION →

DID THIS MACHINE PAY FOR ITS SELF? 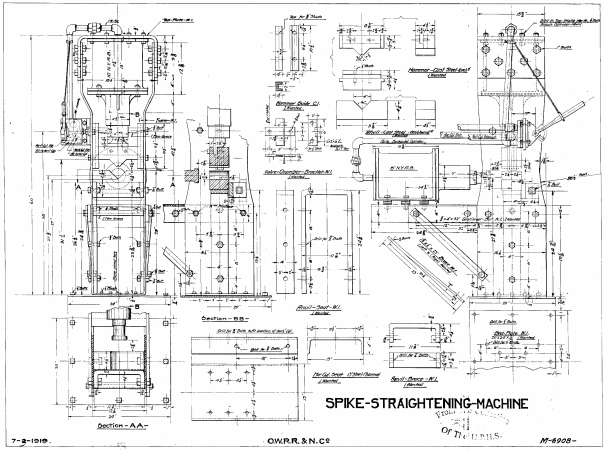 WERE THESE GUYS FRUGAL OR WHAT?

I start with the assumption the purpose of this machine is to restore bent spikes to a reusable condition. I can imagine the following “bent spike”scenario:

a.) Spikes bent during the removal process.

b.) Used spikes gathered in one place and prepared for shipment.

The alternative scenario is:

b.) Used spikes gathered in one place and prepared for shipment to scrapyard.

d.) New spikes purchased and stored for use.

A comparison of the imagined costs of the two above scenarios leads me to the conclusion the “unbending” process cost more than buying new spikes. So why did they do it? My speculation is the prevalent ethic in those times was “waste not, want not”. Contrast this long gone ethic with today’s: “use it, then throw it away”. In my opinion, both are equally viable so long as the choice between the two is based on the true costs of each. I suspect the choice then was based on the same bias toward “conventional wisdom” as today’s choices often are. Therefor, I conclude the decision to follow the “waste not, want not” scenario, in the case of  the “bent spike”, was “correct”, but unwise. Frugal, but not smart!

I believe the above exposition meets, perhaps exceeds, my goal to post only trivia. Don’t you agree?

← YOU ARE KIDDING ME! A HAIR PICKING MACHINE?
THE CHECKERED FLAG QUESTION →